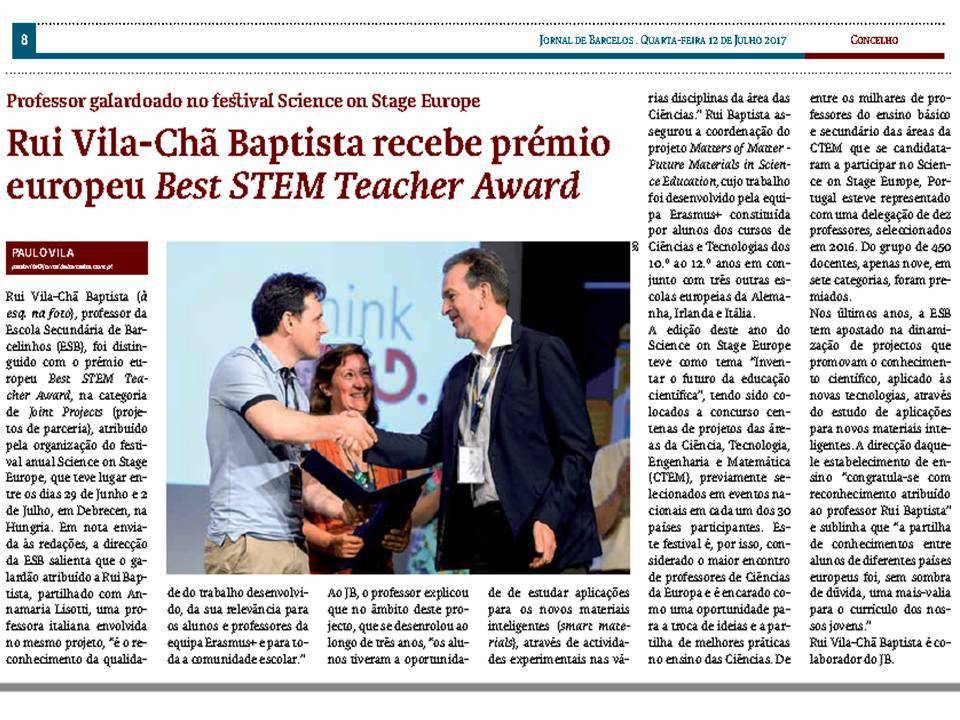 MoM Project has been around on the local news in each of the four countries involved in the project.

The Portuguese team and the MoM Project have been singled out in the local press throughout the three years of the project. 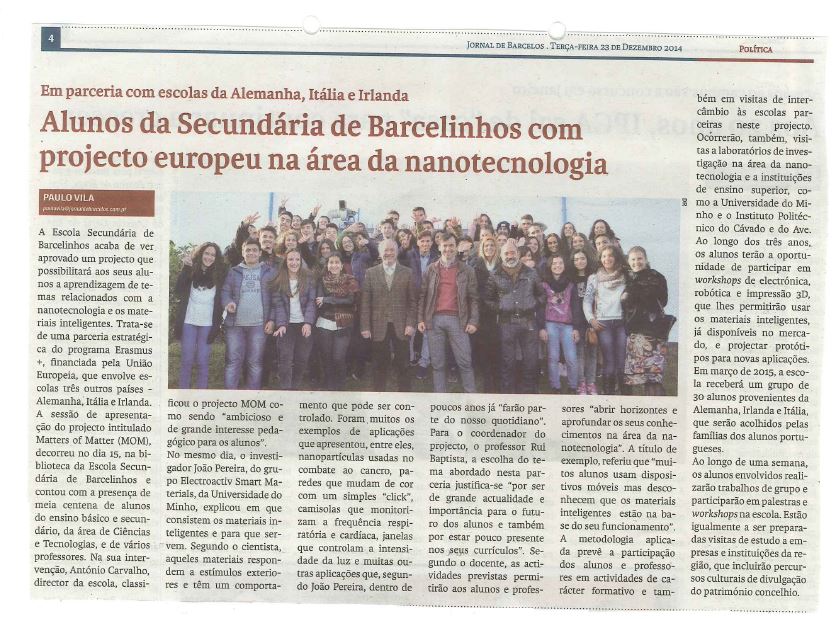 MoM Conference organised by the Portuguese team about the use of smart materials in the textile industry. BARCELOS POPULAR, 21 January 2016. 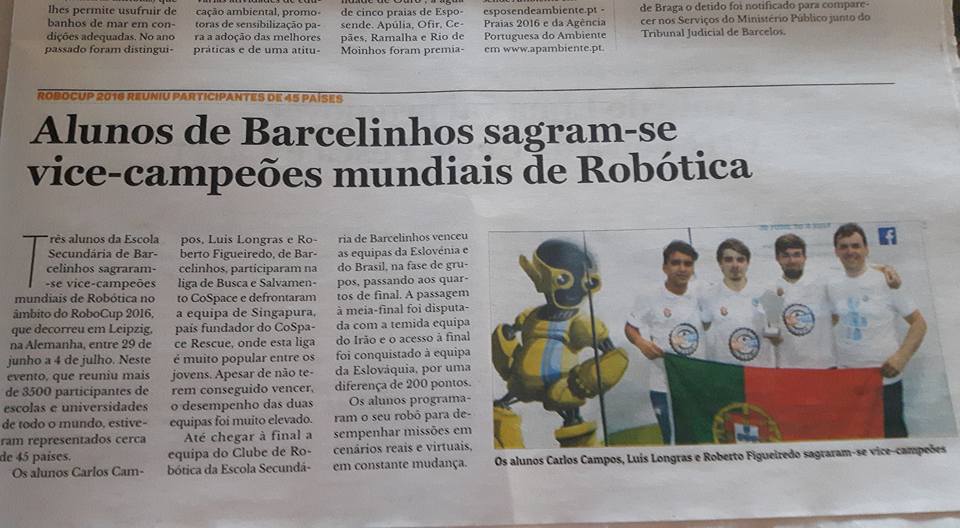 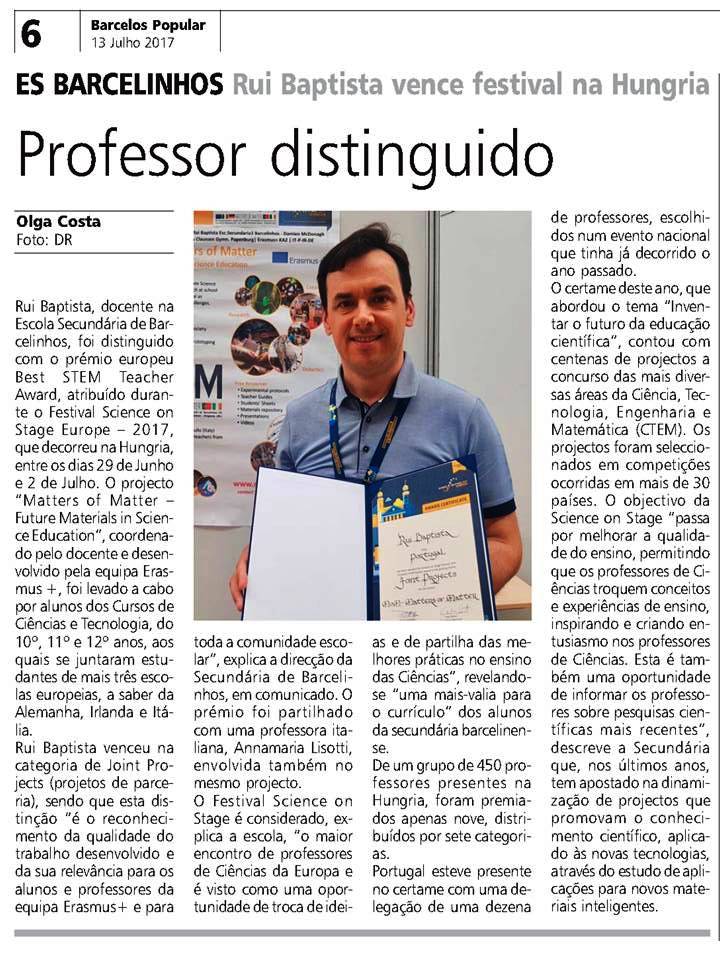 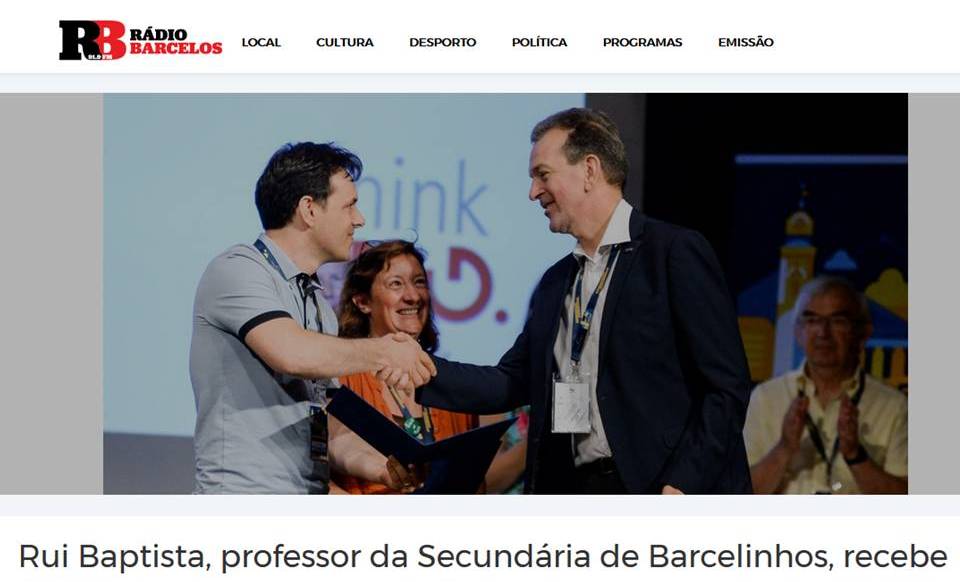 The MoM team was represented by teachers Annamaria Lisotti, coordinator of MoM project and the Italian team, and Rui Baptista, coordinator of the Portuguese team. The project was awarded the Best STEM Teacher Award in the category of Joint Projects.